When to File Separate Tax Returns to Save Money 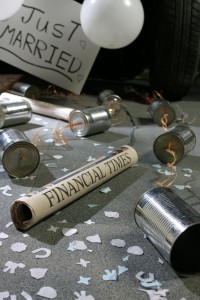 Most married couples will file a joint income tax return.  There may be little or no tax savings so they choose to file jointly.

A married couple could elect to file married filing separately.  If a couple was in the process of getting a divorce, they may want to consider filing separate. Keep in mind, marital status is determined as of December 31.  If you are married, you could file jointly or separately. If you are single, you will file as single.

There may be other reasons to file separately.  For example, let’s say the husband was self-employed and had not paid any estimated taxes.  When they went to file the return, there is a significant tax due that he can’t pay. It’s likely this couple should not file jointly.  If they filed jointly the wife would also be liable for the income taxes.  If they filed separately only the husband would be responsible for his taxes. The wife would not be obligated to pay her husband’s taxes.  In this scenario you are not necessarily looking to save taxes.  You are looking to keep the liability of the taxes separate so as only one party is obligated to pay the tax, not both spouses.

Filing separately will reduce the AGI and therefore make it possible more of these expenses will be allowed.  You’ll have to “run-the-numbers” to see if this will decrease your combined income taxes. There are a host of deductions and credits that you cannot take advantage of if you file separate.  These are primarily in the area of higher education.  Caution should be exercised and all of the facts and circumstances should be carefully reviewed.

Connecticut taxpayers may be allowed another benefit.  By filing separately each spouse will be entitled to the property tax credit.  The maximum credit allowed is $300.  So it is possible this credit could be doubled if you were both eligible for the maximum amount.

Have you considered filing separate returns?