Home › Tax News › How to Pay Your Estimated Taxes

How to Pay Your Estimated Taxes 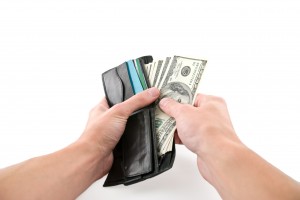 Many taxpayers are employees and have their income taxes withheld from their paycheck.  Every April 15th they need to settle up with Uncle Sam and their state tax department.

Other taxpayers may not be employees or have taxes withheld from their earnings.  These folks would need to file quarterly estimated taxes. This could include the self-employed, partners in partnerships and Subchapter S stockholders.  Additionally it could be from rental real estate and interest, dividends and capital gains from their investment portfolio.

Estimated taxes are due on the following dates:

Failure to pay your estimated taxes on time will result in an underpayment of estimated tax penalty. To avoid a penalty, taxpayers with Adjusted Gross Income (“AGI”) of over $150,000 can pay in either:

To calculate if there is a penalty due complete Form 2210, Underpayment of Estimated Tax by Individuals, Estates and Trusts. Keep in mind, if your earnings are seasonal you may want to calculate your income every quarter and pay estimated taxes accordingly.

Estimated taxes are paid and filed with Form 1040-ES.  Make the check payable to “United States Treasury.”  Include your social security number on the check. Alternatively taxpayers could use the Electronic Federal Tax Payment System (“EFTPS”).  Once you have enrolled in this system you can use this online bill paying system for your estimated taxes.

Depending on the facts and circumstances, taxpayers may want to pay the state installment due in January in December. Taxpayers are on the cash basis of accounting and therefore are allowed the deduction when it is paid. Taxpayers are allowed to deduct the standard deduction or to itemize their deductions, whichever is greater.  State income tax paid is an itemized deduction.

Will you pay your estimated taxes quarterly to avoid paying penalties?