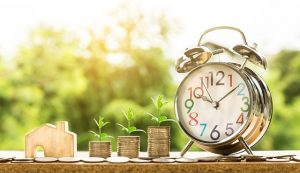 On December 22, 2017, President Donald Trump signed into law the Tax Cuts and Jobs Act of 2017 (“TCJA”) which was considered to be the largest change to the Internal Revenue Code since the days of the Reagan administration. One of the key changes that came with the TCJA was the law’s increase of the estate tax exemption amount from $5,000,000 to $10,000,000. While many high net worth individuals welcomed the change, it did however come with a sunset provision. The provision is that the increased exemption amount of $10,000,000 will revert back to $5,000,000 after December 31, 2025. Note that both of these amounts are annually indexed for inflation. Currently, the exemption is $11,700,000 for the 2021 tax year and any reversal to the $5,000,000 level will likely also be indexed for inflation.

On September 27, 2021, the “Build Back Better Act” was introduced into the House of Representatives as H.R. 5376 by Congressman John Yarmuth. In recent weeks, this bill has drawn significant media attention to its ultimate price tag as well as the fierce negotiations taking place between Democratic and Republican lawmakers. Arguably, what has not garnered deserved media attention is the list of proposed changes to the Internal Revenue Code. One significant proposal has been to effectively accelerate the timing of the sunset provision attached to the increased exemption. Instead of taking effect after December 31, 2025, it has been proposed to take effect after (presumably) December 31, 2021.

The question that has arisen is, assuming that the sunset provision indeed becomes accelerated; does the increased exemption of $11,700,000 (2021) get “preserved” if individuals have already utilized the increased amount during the period between January 1, 2018 and December 31, 2021?

The TCJA has already left the underlying issue an open point for most practitioners, but the drafted proposals of the Build Back Better Bill have simply prioritized it to the present day. This is because the window of opportunity may possibly slam shut if the sunset provision gets accelerated to December 31, 2021. The issue has been quietly put on the backburner of estate tax planners’ minds, but it has indeed been lurking around since the passage of the TCJA. It appears that many in favor of keeping the increased estate tax exemption may have been assuming that Congress would simply extend it in the mid 2020’s. But because the question has been around for almost four years now, the IRS has had the opportunity to provide some guidance on the matter.

On November 26, 2019 a new regulation was published in the Federal Register and it clarifies some of the consequences of the statutory sunset on the higher exemption. This clarification is important since the sunset provision could theoretically create a retroactive denial of the higher exemption’s usage for those who die after it takes effect. As a result, the IRS has crafted a special rule for cases that are likely to arise once the sunset provision does take effect (whenever that may be). Generally speaking, if an individual dies after December 31, 2017 the applicable exemption amount in calculating their estate tax will be either: (1) the contemporaneous tax year’s exemption amount or; (2) the exemption amount that was allowable between January 1, 2018 and the date of the sunset provision; whichever is greater. Note though that under the latter element of the Regulation, the individual must have actually made gifts during that time period because there will be no reserve for future use. (See 26 CFR § 20.2010-1).

While many high net worth individuals breathed a sigh of relief when this clarifying regulation was published, it still leaves them and their estate planners wondering what the next step should be. As of this writing (November 9, 2021), the proposed acceleration of the sunset provision of the TCJA to December 31, 2021 has been removed from the latest draft of the Build Back Better Reconciliation bill. However, it’s important to highlight that although the IRS will allow for the higher exclusion to be applied in calculating a decedent’s estate tax, the gifts must have been made before the sunset provision takes effect. All of this talk and uncertainty is currently pressing the big question of whether or not individuals should gift as much as possible before December 31, 2021, or to wait and see what happens.

Given the unpredictability of our current legislature and the possibility that they may sneak in some “last minute changes” which could reverse the current proposal’s deletion of the sunset provision, it is imperative that estate tax planners and high net worth individuals closely monitor the Build Back Better Bill as its provisions continue to get ironed out in Washington. In addition, it’s important to point out that even without the accelerated timing of the sunset provision, the clock is still ticking and December 31, 2025 is quickly approaching. While it’s difficult to craft a specific boiler plate policy for all individuals to follow, it makes it all the more important to be mindful of your current estate plan. The latter date of the sunset provision is still in effect, we have an unpredictable legislature in charge, and it’s slowly becoming a race between taxpayers taking full advantage of the higher exemption against Congress’ closing the window of opportunity.

Norbert holds a Juris Doctor from St. John’s University School of Law and a Bachelor of Business Administration from Hofstra University in New York. He has been working in the accounting profession for over a decade. His professional interests include tax controversy and property transactions. Norbert currently resides in Farmington with his wife.