3 Reasons to Do a Roth Conversion to Save Taxes 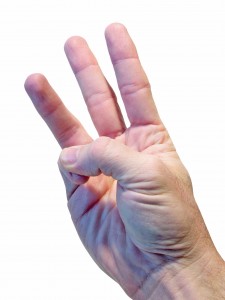 A Roth Conversion is when you take a distribution from an IRA, tax it and rollover the proceeds within 60 days into a Roth IRA.  In lieu of getting a check, have the funds sent from the IRA to the Roth IRA in a trustee to trustee transfer. The conversion amount is subject to ordinary income tax in the year of the conversion.  This would be subject to federal income tax and any applicable state income tax.  Any nondeductible IRA’s would not be included in taxable income upon the conversion.

It’s important to have additional funds to pay the tax on the conversion from another source.  For example, if you wanted to convert $50,000 from your IRA into a Roth IRA, and your income bracket was 25%, you would want to have $12,500 ($50,000 * 25%) of funds available to pay the tax so as the entire $50,000 distributed from your IRA could be converted into the Roth IRA.

2. The Creation of Tax- Free Income from the Roth IRA

For distributions to be income tax free from a Roth IRA there are two straight forward requirements:

Meet those two requirements and all of the distributions are income tax-free.  With an IRA the earnings are tax deferred. A Roth IRA that meets these two conditions is income tax-free. Keep in mind as the Roth IRA is made with after tax dollars; you get back your contributions income tax free.  One caveat, if the account holder is under 59½ and takes a distribution from a converted Roth IRA that has been opened for 5 years – the earnings on the account will be taxable.

One advantage of the Roth IRA is that it is not subject to the Required Minimum Distribution (RMD) rules that IRA’s are.  These RMD rules require taxpayers to take out a certain amount when they turn 70 ½.  There is a life expectancy table the IRS uses to determine the annual amounts to be distributed over the owner’s lifetime.  Currently, Roth IRA’s are not subject to the RMD rules during the account owners and the surviving spouse’s lifetime, which is a huge benefit to a Roth IRA. This could allow the account to grow tax-free for decades.  The Roth IRA is a great wealth transfer tool.  Roth IRA’s are subject to the RMD rules for non-spousal beneficiaries, who could be children, grandchildren or other beneficiaries.  If the 5 year holding period was met by the original owner then all distributions are still income tax free. See below however for pending legislation to shorten the distribution period for non-spousal beneficiaries.

3. The Pending Legislation to Remove the Stretch IRA

The biggest change in this pending legislation is the removal of the Stretch IRA.  This essentially allowed children and grandchildren that inherited IRA’s and Roth IRA’s to stretch the distributions over their lifetime, which potentially allowed the account to grow for decades.

Again, the legislation has not been passed yet, the basic proposal is that IRA’s, Roth IRA’s and 401(k)’s need to be withdrawn by a non-spousal beneficiary (children and grandchildren) in 10 years.  This pending legislation can undue a lot of estate planning that has been done and is one of the biggest reasons to consider a Roth Conversion.

As was mentioned above, currently RMD’s must begin when you turn 70 ½.  The House Bill will increase this requirement to age 72.  The Senate has competing bills to increase this age to 72 and age 75.  The increase in the RMD age from 70 ½ to 72 will likely not be very meaningful to many folks as it is only eighteen more months.  A change to age 75 could be significant.

Depending on your current income and tax bracket it may make sense to do a Roth Conversion and pay the tax upfront taking advantage of the current lower tax rates.

If you have any questions, please give our office a call. We will be happy to assist you with this analysis.

Tom Scanlon, CPA, CFP® has over thirty-five years experience in public accounting with an extensive background in the areas of financial, tax and estate planning.