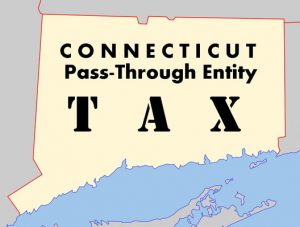 The Jobs Cut and Tax Act (JCTA) of 2017 made the most sweeping changes to the Federal Income Tax Law in over 30 years. Read here to see the 7 Ways the 2017 Tax Bill Affects Connecticut Taxpayers. In additional to almost doubling the Standard Deduction, beginning in 2018 the maximum deduction for state and local income taxes (SALT) is limited to $10,000. As a consequence of this, it is expected that significantly less taxpayers will itemize their deductions and will take the Standard Deduction. The most common itemized deductions are mortgage interest, state and local income tax and charitable donations. Approximately 30% of taxpayers itemized their deductions before this legislation. It is estimated that about only 10% of taxpayers will itemize their deductions going forward.

Connecticut, along with other states, has adopted legislation to partially mitigate some of tax increase for certain taxpayers. On May 31, 2018 Governor Malloy signed Public Act 18-49 which among other provisions adopted a Pass-Through Entity Tax (PET Tax). This legislation is effective beginning January 1, 2018.

This legislation affects Pass-Through Entities. These entities are Partnerships, Limited Liability Companies treated as Partnerships and Subchapter S Corporations. The entities that are not affected are:

Beginning in 2018 Pass-Through Entities will have to make estimated tax payments. The due dates are:

The law generally requires that each payment be 22.5% of the entities tax. Four payments of 22.5% would be 90% of the entities estimated tax liability. This is generally the ‘safe-harbor’ provision to avoid any underestimated tax penalty.
Estimated Tax Payments can be made online or using the CT DRS Pass-Through Entity Tax Voucher.

We strongly encourage our clients that have an ownership interest in a pass through entity to contact our office to ensure that, if required, you will make the 2018 Estimated Tax payment for your entity by January 15, 2019.

Also in order to preserve the deductibility of your state estimated income tax payments at the federal level, we encourage you to contact us so that we may assist you in converting any 2018 estimated tax payments made to the State of Connecticut on an individual basis to the new Connecticut pass through entity tax by December 31, 2018.